The Rise of Black Homeschoolers in America 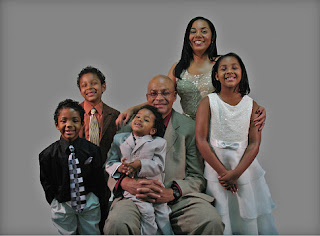 An Article from Essence Magazine.
Commentary: Why We Homeschool Our Children
When most people think of homeschooling, they think rich celebs and White families. But figures from the National Home Education Research Institute show that more Black families are gaining in on the practice. In 2007, an estimated 220,000 Black children were homeschooled, compared to 84,000 in 1999. Black students make up nearly 10% of the estimated two million students who are homeschooled nationwide--more than any other minority group. Albert and Aretha Taggart decided no one could do a better job at educating their four children than they could. So Aretha left her corporate job and began teaching her children at home six years ago. Here she shares why her family made the choice to bring the classroom into their home.I began homeschooling when my 11-year-old daughter Clarissa was 5 years old. We had put her in a Christian private school because we really wanted her to get a good moral teaching and biblical understanding. I think it was within four months of having her at the private school that we started noticing behavioral issues at home. Just things that were really out of character to us as her parents. We went and spoke with her teacher who explained to us that everybody that puts their kid in a Christian school is not practicing the values at home. While at that school Clarissa started getting stomachaches everyday around lunchtime. We figured out that she was just making it up to leave school. There was something wrong. As much work as my husband and I had put into our children up until then we really didn't like the transition we were seeing our daughter going through. We began to look into homeschooling. We didn't have a clue about it so we began contacting people who had been doing it for years. About six months later we began homeschooling. The first week I homeschooled I remember going to church and giving testimony that teaching my children felt so natural. I used to be a career woman, but now I am a stay at home mom and I know this is where my job is. We now have four children who are all homeschooled. Jesse, 8, is in the third grade, Albert, 7, is in the 1st grade and Layton, 4, is in kindergarten. We begin our day at 7am and the kids always start with their morning devotion, which is prayer time. I always emphasize that we be thankful for everything they have so this is time for devotion. We then move on to bible study and then subjects like arithmetic and English. We're generally done with school around 2pm. In the house we have a certain area where we have school. We also have our music area, a library area and a computer area. After school we go on field trips or to play sports. All four children play sports at the local Air Force base. Our children are very involved in the community. They're part of the church choir and they're involved in Girls in Action and Boys in Action, which is like Boys and Girls Scouts. We're not trying to isolate ourselves from the world by homeschooling our children, which is why we have them so involved. We want them to have childhood experience that will help them develop their confidence to stand for who they are within themselves. My family has been very supportive and they've never been discouraging or said anything negative about our decision to homeschool. My husband and I are very involved in our children's lives and I would say homeschooling has brought our marriage closer because we're working as a team within our family and we're able to build moral values within our children on a daily basis. One of the best advantages of homeschooling is the flexibility for the family and the achievements that you see from your children are overwhelming. When I take them places people notice the difference in my children. They'll say, 'Your children are so polite.' I think we've lost the concept of home training. With homeschooling you're able to recapture that and put it in your children. I also think as Black parents we can no longer separate ourselves from our children's education and the real and true change we need will only happen if we promote parent-directed education.Aretha Taggart is an advancement coordinator for National Black Home Educators, a nationwide organization that empowers parents to be more involved in their children's education.Read more: http://www.essence.com/lifestyle/parenting/commentary_why_we_choose_to_homeschool.php#ixzz0gYkZKEKR
on Friday, February 26, 2010

Email ThisBlogThis!Share to TwitterShare to FacebookShare to Pinterest
Labels: being American, homeschool